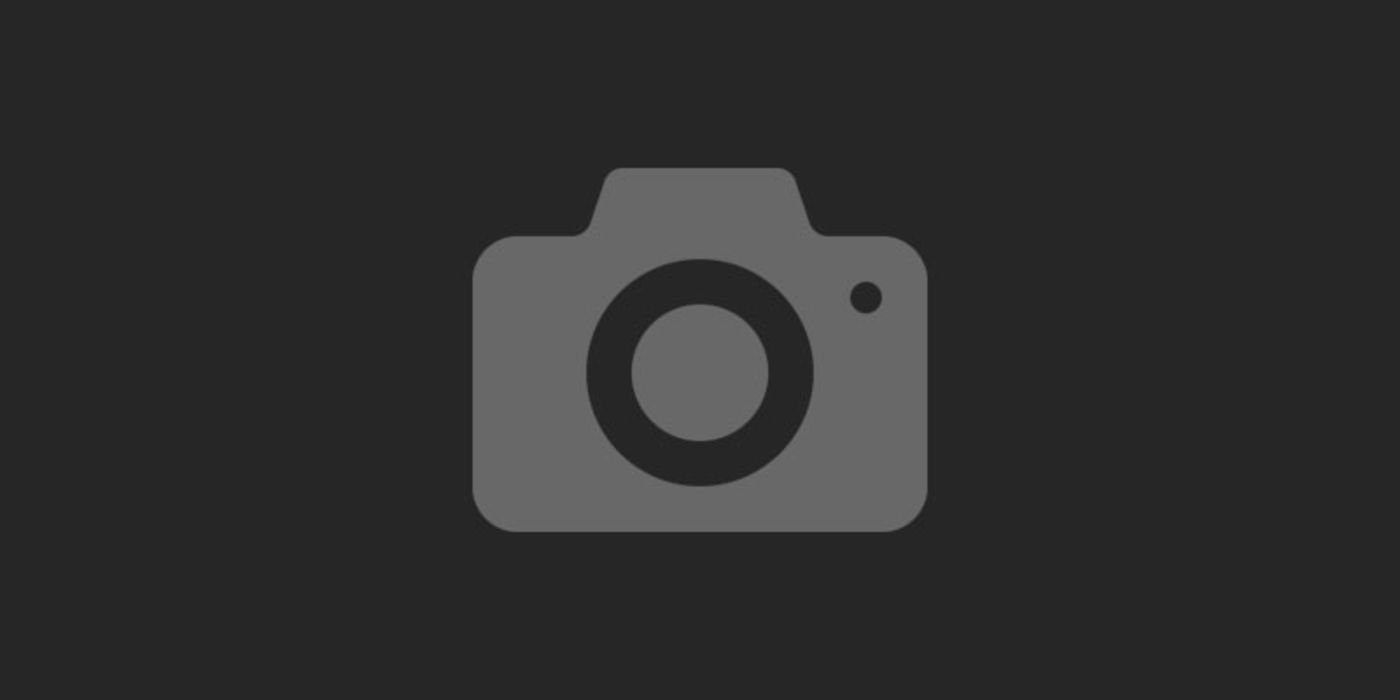 Ryan Leslie: "There are visions that make me wanna stay awake"

He has an exceptional talent: Harvard graduate, record producer, rapper, singer, songwriter, multi-instrumentalist and self-made millionaire. DAS MILIEU spoke to US recording artist Ryan Leslie about his educational pathway, his life as a workaholic, about his fresh business concept and his world of creativity.

DAS MILIEU: You’re an excellent orator. I watched your speeches from Harvard Commencement speech to the speech at a Harlem Jets Ceremony and just recently your speech at a founder’s conference called IdeaLab in Germany. For everyone, who creates your words are always moving and inspirational. Have you never thought about entering politics?

Ryan Leslie: Yeah, but I think that the best part of being a creator and an artist is, that I’m able to do so without the restrictions, that are traditionally placed on politicians. So, I can still affect change. I can still affect the culture. I still can influence. And I think, in that way I’m a less restricted version of whatever politicians supposed to be.

DAS MILIEU: Many people are surprised when they find out that you’re a highly educated person. At the age of 14 you perfectly scored a 1600 at SATs and went to Harvard and graduated in Political Science and Macroeconomics at the age of 19. In which way has that influenced your thinking as a human being, artist and businessman?

Ryan Leslie: I would say that Harvard being one of the most prestigious institutions of higher learning trains young people, to have a creative approach to problem solving. And I think, that as the world develops new challenges arise and young people who have had that training are extremely well positioned to rise up to those challenges. And so I’m very thankful for my time at Harvard. In addition to that I believe, that the college experience – when done right – is also an environment where you can build relationships that will be long lasting. And in an institution, like Harvard, everyone is an overachiever and so many of my friends and colleagues, that have graduated with me, have gone on to become leaders in their fields of interest and expertise. And that has in terms strengthened my network that I have today.

DAS MILIEU: After graduating you didn't look for a job. In “Ups and Downs” you write: “I used to be homeless behind a barber shop”. What happened?

Ryan Leslie: I decided, that I wanted to strike out on my own entrepreneurly. And I made some very optimistic forecasts, about what the income would be. These forecasts greatly contrasted with the actual income, that I was able to generate. So, that’s how I found myself behind that barber shop.

DAS MILIEU: Then a radical turn in life came. You produced beats for one of the greatest in music. And now, ten years later: You are independent! You travel the world and share your experiences with people. You have more than half a million Twitter followers and a total of 60 million views on YouTube. What are the pillars of your success?

Ryan Leslie: Success for me is just doing what I love to do and being happy every day. In that regard, I felt successful when I graduated from Harvard and decided to strike out on my own. I believe, that is really the measure of success. I always asked myself: Am I doing, what I love to do? And from the moment I knew what I love to do I have been pursuing it relentlessly, ever since.

DAS MILIEU: You became famous through your studio sessions, where you create beats from scratch. What is creativity? Can creativity be learnt?

Ryan Leslie: Creativity for me is allowing your brain, your mind and your essence, to be inspired and then understanding, how to bring that inspiration to fruition so that you can inspire others.
And yes, I believe that creativity also really relies in many respects on the inspiration you receive from other amazing artists and so through in many cases mimicking the artist, that you respect and admire. And this happens across many different verticals. You are able to eventually find your own voice and your own way of expressing yourself to the rest of the world.

DAS MILIEU: After creating Les is more you left Universal and started your own record label. What bothered you the most in being signed to Universal?

Ryan Leslie: I don’t have any bothers at all about the major label system. I think, it’s fine for people who understand it and who enjoy the benefits of it. And the benefits are amazing. So, if you want to be in that system, you should have people around you who know how to navigate that system. For me, I preferred to do what I’m doing today. Once again: My measure of success is, how happy am I every single day. And happiness is largely predicated on my ability to create without restrictions. And that’s, what being independent affords me every day of my life.

DAS MILIEU: You started the #Renegades-Club, through which you have a direct link to your fans. What benefits do you have in terms of artistry and business?

Ryan Leslie: Unrestricted creativity. That's what it's about! For me, the Renegades club allows me to actually have ownership of my relationship with my supporters as supposed to give my ownership to a third party aggregators or passive followings like Twitter, Instagram, Facebook and alike.

DAS MILIEU: An exclusive club also means that members can text you and you can reply or call them personally. Soon you will reach the mark of 10.000 active members. Your phone must be permanently busy…

Ryan Leslie: It is permanently busy. But for whatever reason, I still find the time to respond which is why we are even having this interview.

DAS MILIEU: But for how long? Let’s think of five or even one year. Do you really think, that you will be able to manage all of this?

Ryan Leslie: Technology is advancing at a rate that allows me to communicate with tens of thousands people per day. According to predictions, the rate of which technology will empower my ability to communicate with double of that amount of people, is dividing in half – at a ridiculous rate. So, as more and more people become part of this private music club that is the Renegades. And as time advances, technology will afford us to have many larger scalable conversations with hundreds of thousands and potentially millions of people.

DAS MILIEU: You just sleep two or three hours. If it’s not due to a sleep disturbance, what keeps you up at night?

Ryan Leslie: (laughs) I have a strictly organized daily schedule. And I always have ideas and visions in my head which make me wanna stay awake and manifest.

DAS MILIEU: But which core competence does Ryan Leslie have? What makes him special?

Ryan Leslie: I believe, that it is everyone’s core competence. It is the responsibility of everyone - if you want to make an incredible impact on the world – to discover, what you are truly passionate about. And when you discover, that you pursue it relentlessly. That’s, what I do and how I live.

DAS MILIEU: A lot of people are surprised when they meet you. The say: Ryan Leslie is a very humble man! In some of your videos people see Ryan Leslie bragging and rapping about money, cars and gold chains. And then, we also see a Ryan Leslie who is disciplined, very simple, gentle, and always nice to staffs and people who he meets. How do these two go together? And how does your fame affect your ego?

Ryan Leslie: Firstly, fame does not affect my ego. Secondly, I think, that every human being is a collection of complex layers. The most nice, gentle, simple people that I met also happen to be one of the most dangerous security professionals in the world with the ability to take someone’s life in a matter of moments. Those complex layers make us human. Those are the magnificence of humanity. So whatever you see in my videos, whatever you see represented in real life or whatever opinion you have of me, those are opinions which are formed on the many multifaceted layers of who I am as a human being.

DAS MILIEU: On Black Mozart you got a piece which is called “Full Moon”. There you draw a connection between night-time and evil things. Could you think of creating more deep and thoughtful songs like that?

Ryan Leslie: The songs that I write are meant to be interpreted by the listener. So, I would encourage you to listen to them a few more times and draw your parallels from that song to your experience. Any other parallels you desire or any other parallels that you discover, that’s what the song is about. All of my songs are deep and thoughtful. They actually inspire you to think about the evils or the goods of the trappings of fame, success and wealth. And that is exactly the point, of expressing those sentiments on record. What’s good and what’s not good? What’s fulfilling and what’s not fulfilling? What do we all desire and chase? What are our reasons for desiring and chasing these things? Every single record I write comes from that place.

DAS MILIEU: What advice can you give to young people who want to change their life, their industry, their society and our world?

Ryan Leslie: Be a finisher! If you have an idea, do whatever it takes - within the confines of the resources and relationships that you have - to bring that idea to its most true manifestation in the world.

DAS MILIEU: Mr. Leslie, thank you very much for the interview!